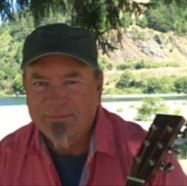 After years of playing bluegrass rhythm guitar, backing country singers, recording gospel rifs, and writing, producing, and recording just about every acoustic style out there, Glen Garrett comes home again to Idaho where his professional career began. Known nationally as one of the great harmony singers and teachers of the Americana roots genre, he also is sought after for his studio work as a rhythm guitarist.

Teaching guitar using fundamentals, tricks of the trade, and zeroing in on difficult individual styles is what he offers now in a relaxed personal setting. Joining forces with the prowess of Joel Kaserman of Boise in a camp to benefit the National Old Time Fiddler's Contest is certainly a must do!!
Joel Kaserman - ​Instructor 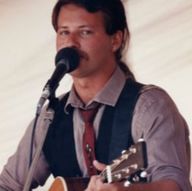 Joel Kaserman has been a performing musician for over 40 years. Born in Tennessee and raised (with some extra time on his hands) in the Australian outback, Joel became passionate about guitar playing and progressed with the guidance of his father and countless hours resetting the needle on vinyl records to learn that part.  The original Will the Circle be Unbroken album, and anything Doc Watson were some of his favorites. Doc became a distant but powerful influence and Joel eventually got to play a few tunes with Doc.

Joel has played, toured, and recorded with talented musicians including Loose Ties, Muzzie Braun, Pinto Bennett, Alice B., Ben Burdick, Chris Wall, and Reilly Coyote.
He judged the National Flatpicking Championships in Winfield Kansas as well as performing at the festival with Loose Ties, a progressive bluegrass band. As part of Loose Ties, Joel performed at the Telluride Bluegrass Festival. Two of the band’s songs, recorded live, are featured on the 1st Planet Bluegrass album.

Joel ‘s early influences led him to expand his horizons and he added both mandolin and banjo to his repertoire. He has an interesting blend of traditional and progressive styles that make his unique sound. You will hear many influences in Joel’s music. Some you will know and, hopefully, some that you haven’t heard yet, but you’d like to get to know.
Austin Clark  - ​Luthier 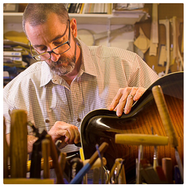 At Clark Mandolins, I believe the definition of craftsmanship includes great design, artistry, and execution.  I take great pride in creating each instrument with care and skill to produce mandolins and guitars that are both visually attractive, and sound their best.
As a full-time, one-man shop based in Boise, Idaho, I have spent more than 10 years building and repairing mandolins and guitars.   Using the finest quality wood, materials and traditional building methods, I strive to build a fine handcrafted instrument that will give the professional musician an instrument with the power, dynamics and tone that they need and want. Additionally, it will give the hobbyist an heirloom quality instrument with the play ability needed to inspire their musical development.
Here is his store site: http://www.clarkmandolins.com/
Gary Eller - ​Camp Director 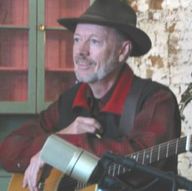 Gary Eller has played American roots music since childhood and has played banjo and guitar for over fifty years. He was born and raised in West Virginia but has lived most of his life in the American West. After a thirty year career in nuclear science and engineering at Los Alamos National Laboratory in New Mexico, he retired to Pickles Butte near Nampa, Idaho in 2004.
Over the years, Gary has played in countless bands in West Virginia, Ohio, New Mexico, Washington and Idaho. He has won or placed in banjo and band competitions in several states. Currently, Gary is the banjo player for the popular regional progressive bluegrass band Chicken Dinner Road, a board member of the National Old Time Fiddle Contest and director of the Banjo Camp and Banjo Contest at Weiser. He directs the Idaho Songs Project, whose primary mission is to find, document, interpret and preserve songs written before the radio era (before 1923) about early Idaho's people, places and events. To date, Gary has documented over two hundred forgotten early Idaho songs and has published over a dozen topically arranged interpretive booklets with audio CDs based on these songs.
In 2010, Gary and Jason Homey held their first banjo camp at Gary’s ranchette at Pickles Butte near Nampa, Idaho. The camp quickly outgrew the site’s capacity and in 2013 was moved to Slocum Hall, home of the National Old Time Fiddle Contest in Weiser, Idaho where the banjo camp has been held ever since.
In April 2016, Gary partnered with national known bluegrass singer, band leader and rhythm guitar player Glenn Garrett to conduct the first bluegrass guitar workshop at Weiser.
Back to Guitar Camp
Powered by